on January 29, 2011
You can't have an anniversary party without party favors! Since the penguin cake was actually a gift from their daughter, I decided to make my cousins some penguin cookie party favors for all the guests. Many penguins mate for life (though some just seasonally, I learned), so I though a pair of penguins in each bag would be perfect with the anniversary theme. I happened upon an inexpensive penguin cookie cutter that made this project a whole lot easier. Black, white, and orange royal icing, lemon-vanilla sugar cookies, and labels handmade by the kids, and I was in business. 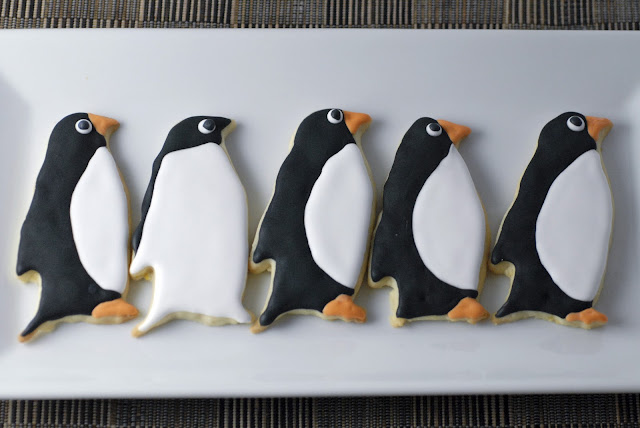 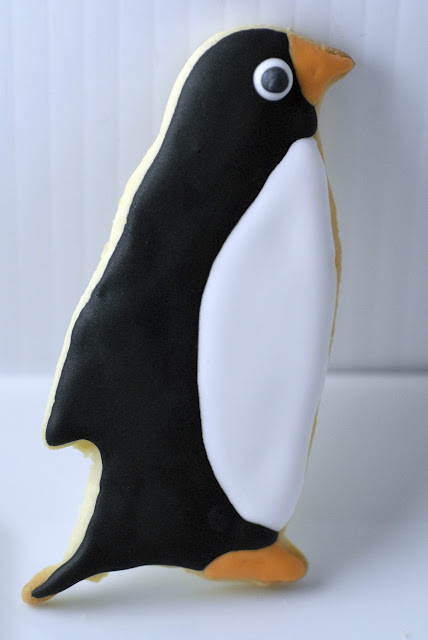 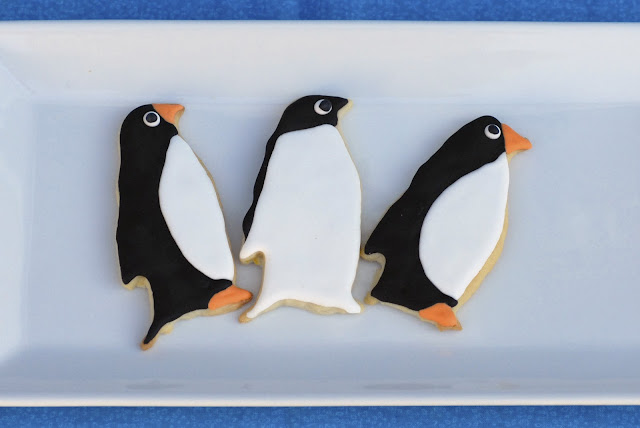 These were a snap to decorate. I outlined and filled the black first, let it dry an hour or so, and then added the white bellies, orange beaks, orange feet, and eyes. I had the weirdest experience doing the feet and beaks: for some reason, almost all of them got air bubbles that I didn't notice until it was too late - even though I was on the lookout for them. With royal icing, the bubbles pop as the icing dries, which results in little tiny holes in the frosting that are nearly impossible to patch neatly. You can see it on the beak of the solo penguin. This didn't happen with the white or black frosting, and all three colors came from the same batch of royal icing. I really can't explain it, and quite possibly, I was the only one to notice, but it was aggravating.

One more word on these cookies: usually, I am incredibly careful in packing and transporting them because they are very delicate. For some reason, I decided putting them in a paper bag would be appropriate (not sure what I was thinking because at least 3 or 4 pairs of cookies sustained damages). NB: pack these carefully, even just for a short car trip! 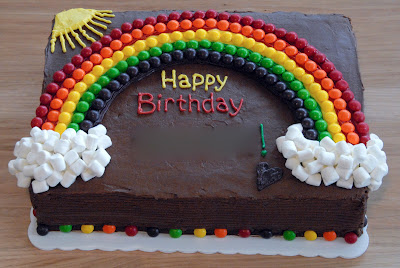 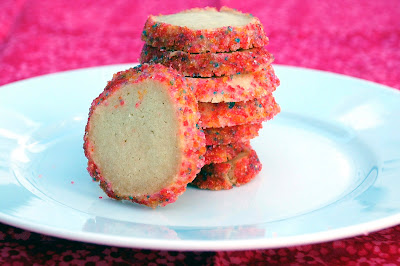 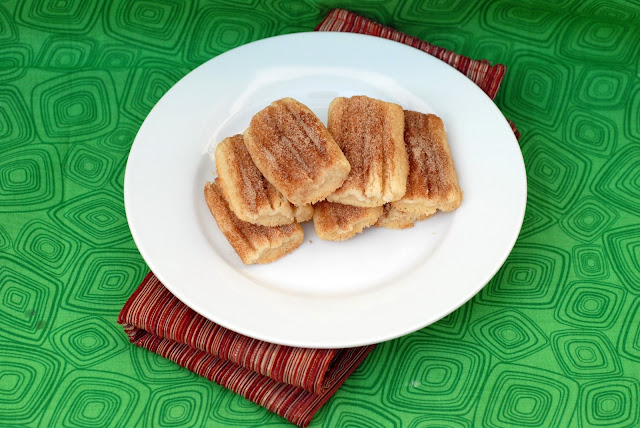